Heritage Days in Paris 2019: Art and Entertainment in the spotlight

Publish on Thursday, 5 September 2019 in Events 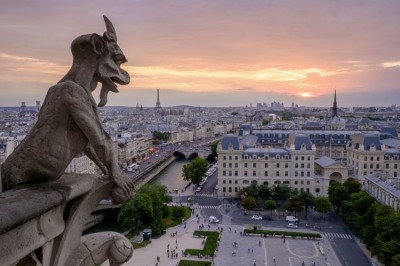 During the Journées du Patrimoine (Heritage Days), which take place on September 21st and 22nd, why not take advantage of your stay at the Cler Hotel to visit unusual places, including some that are normally closed to the public? Each year, a mix of famous and lesser known locations are opened to visitors. This year's theme is Art and Entertainment. Ask for the programme and put on some good shoes for two days of discovery.

Places dedicated to art and entertainment are in the spotlight for this 36th edition of the Journées du Patrimoine. It’s the perfect time to get a look behind the scenes and try incredible things.

If Mission Impossible-style action and James Bond stunts make you envious, head to the Finance Ministry in Bercy, where you can zip line or abseil down the building after walking the corridors of power and looking around the ministerial offices.

After the heights, it’s time to discover the depths with a tour of the underground system as the Metro opens its subterranean networks to satisfy your curiosity.

Or you might prefer to visit the sections of the Duplex 86 traffic tunnel where cars cannot go.

Then, if you still have some energy left, try climbing the 400 steps of the Gare de Lyon clock tower or discover the hidden bunker of the Gare de l'Est. The SNCF railway company is hosting a series of visits, concerts and escape games throughout the weekend.

Take the opportunity offered by the Journées du Patrimoine to get inside the capital’s less-visited places.

The Elysée Palace is expecting some 20,000 visitors. The official residence of the President of the French Republic opens its doors so you can see the building’s lounges, climb the stairs that lead to the office of our Head of State, and eventually emerge into the main courtyard.

The National Assembly is the lower house of the Parliament of France. You’ll have a chance to look around this seat of power and enter the semi-circular debating chamber where the legislators sit.

Newer, but a beautiful building with a breathtaking view of Paris, the Arab World Institute welcomes you. In addition to enjoying a guided tour, you can learn calligraphy or the art of the Hakawati (storyteller).

As well as allowing access to historic sites, the Journées du Patrimoine also present an opportunity to discover gardens and mansions that are generally off-limits to the public.

If you like orchids, don’t miss the open days of the Jardin du Sénat greenhouses in the Jardins du Luxembourg.

While you’re close to the Rue de Grenelle, visit the Hotel de Noirmoutier. The residence of the prefect of Paris opens its doors and garden to the public from 09:00 to 19:00. Nestled in the 7th arrondissement, this mansion built from 1721 to 1724 is typical of the architecture of that time.